KRCL Presents: Illiterate Light at The State Room on Nov 16 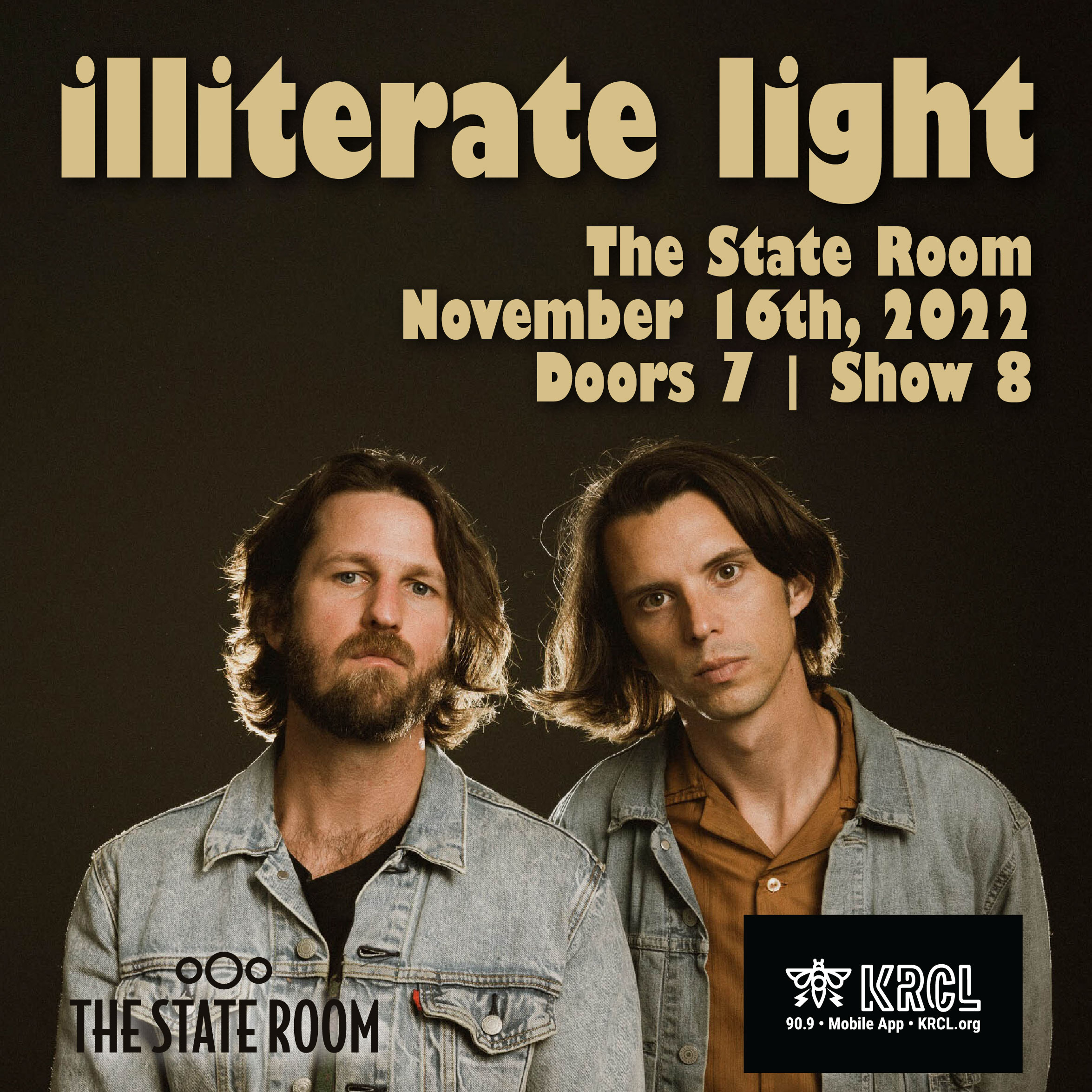 Illiterate Light has been stretching boundaries and upending expectations with a blend of indie rock, psychedelia, and folk that calls to mind everything from Neil Young and My Morning Jacket to Fleet Foxes and Band of Horses. Recorded with producers Adrian Olsen (Foxygen, Natalie Prass) and Vance Powell (Jack White, Kings Of Leon, Chris Stapleton), the record is a mix of raw electric guitars, drums, and harmonies that showcases the band’s remarkable live setup—Gorman plays guitar with his hands and synth bass with his feet, while his musical partner, Jake Cochran, plays a standup drum kit, which captures the scintillating energy that’s fueled their journey.

Gorman and Cochran first met while attending college in Harrisonburg, VA, where they discovered a shared passion for sustainable living and community building. After graduation, they took over a local organic farm, spending their days tending crops and working farmer’s markets and their nights performing anywhere they could land (or make) a gig. Dubbing themselves the Petrol Free Jubilee Carnival Tour, the pair would often tour the region on their bikes, sometimes joined by as many as two-dozen other cyclists and artists, performing at coffee houses, street corners, rock clubs, and off-the-grid communities.

Hailed as “a perfect addition to your summertime playlist” by NPR, the band honed in on their distinctive sound and identity over years of relentless touring, earning dates along the way with the likes of Shakey Graves, Rayland Baxter, Mt. Joy, Rainbow Kitten Surprise, Futurebirds, and The Head and The Heart in addition to high-profile festival slots at Bonnaroo, Lollapalooza, Newport Folk, and more.